Located in the city of Poltava, Ukraine, This University is one of the oldest leading higher educational establishments in Ukraine, which traces back its history to the Faculty of Odontology, which was established at the Kharkiv Medical Academy in 1921. The Academy employs 92 Doctors of Sciences, 408 PhDs; 82 persons who have the academic rank of Professor, 226 persons who have the academic rank of Associate Professor. Among the scientific and pedagogical workers of the Academy there are 6 Laureates of the State Award, 10 Honored Doctors of Ukraine, 6 Honored Scientists and Technicians of Ukraine, 1 Honored Worker of Public Health of Ukraine, 1 Honored Rationalizer of Ukraine, 2 Honored Worker of Education of Ukraine.

In the year 1994, by the order of the Cabinet of Ministers of Ukraine, it was reorganized into the Ukrainian Medical Stomatological Academy. By the letter from the Ministry of Health of Ukraine dated 02.08.1994, the Academy opened the Faculty of Nursing; in 1995 – the dental department, which in 2005 evolved into a medical college.

Offers courses in English in dentistry. The University is MCI Recognised.

Ukrainian Medical Stomatological Academy is a University which has already proven itself as an excellent and reliable institution for not only local Ukrainian students but also for International students looking to achieve a degree from well recognised organisations. 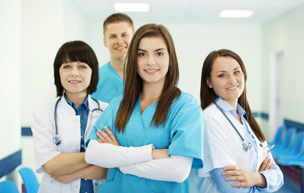